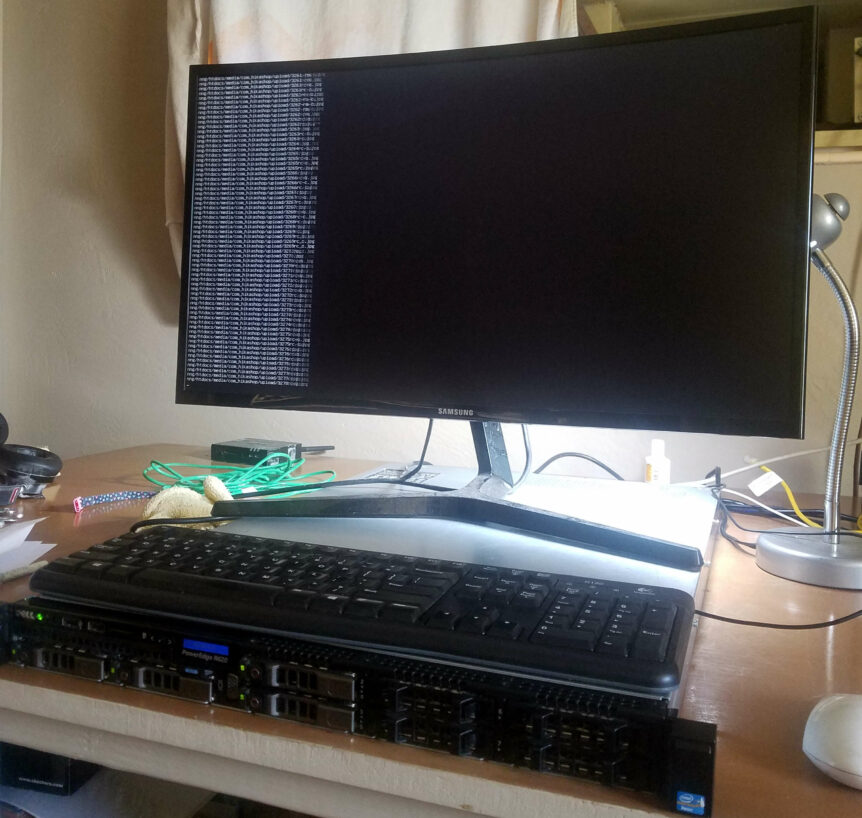 With Google now figuring page load times into its Page Rank algorithms, we’re pulling out all the stops to make our sites faster.

That’s why this month we are pleased to announce we have moved all the sites we host and manage to our screaming-fast new server co-located in a Reno, Nevada datacenter!

We could not be happier so far with our choice of RollerNet networks. We are consistently seeing page load times about a half-second less than with our old web server located in Los Angeles.

The new server has a PERC H710 Mini RAID card serving up one SSD RAID array for the databases, and another for the website filesystems. To spare write operations to the SSDs, a third RAID array of large Dell enterprise HDs holds daily and weekly backups, plus a year’s worth of webserver logs for each site and other write-intensive system log-files.

The databases, filesystems, configuration files, and select home directories are synchronized nightly with the new FreeNAS Mini fileserver that I wrote about in a previous post.

Altogether, the new server implements what we call a “belt, suspenders, and parachute” backup plan:

It took two leisurely days, with a rest day in between, to move the approximately 40 websites onto the new server. It went quickly because I’d pre-loaded copies of everything from my offsite backup server before taking the new server to Reno. When the time came to move the sites, I only needed to use rsync to differentially update the filesystems, SSL certificate archives, and webserver logs before dumping, rsyncing, and loading the databases.

A day before starting, I lowered the cache expiration (TTL) for all DNS A records to five minutes (300 seconds). This enabled me to quickly verify correct website functionality after bringing each site up on the new server. Once everything looked good, I bumped the TTLs back up to a day.

And finally, today, I am in the process of cleaning up the old server, wiping drives, and getting ready to take it offline. It’s had a heckuva run — one of the drives dates back to the original Winnemucca Web Works server, first spun up at ServerBeach in Los Angeles in 2009! It was a trip to find a snapshot of the /etc/ directory from circa 2011, and remember back to earlier, simpler times!

And while I have nothing but fond memories of ol’ “w3,” it wasn’t all good times. Like that one Thanksgiving evening around 8PM when the OS drive failed with me 2,000 miles away at the in-laws!

Fortunately, I had my trusty ThinkPad, and spent a long night restoring sites from backups after ServerBeach (the new data center company name) installed a new drive with a clean OS. Ol’ w3 did not have RAID, but did have dual drives that backed up onto each other. I got everything put back together before the sun came up, and not a single client was the wiser, as far as I know.

It was fun, but not necessarily something I’d care to repeat.