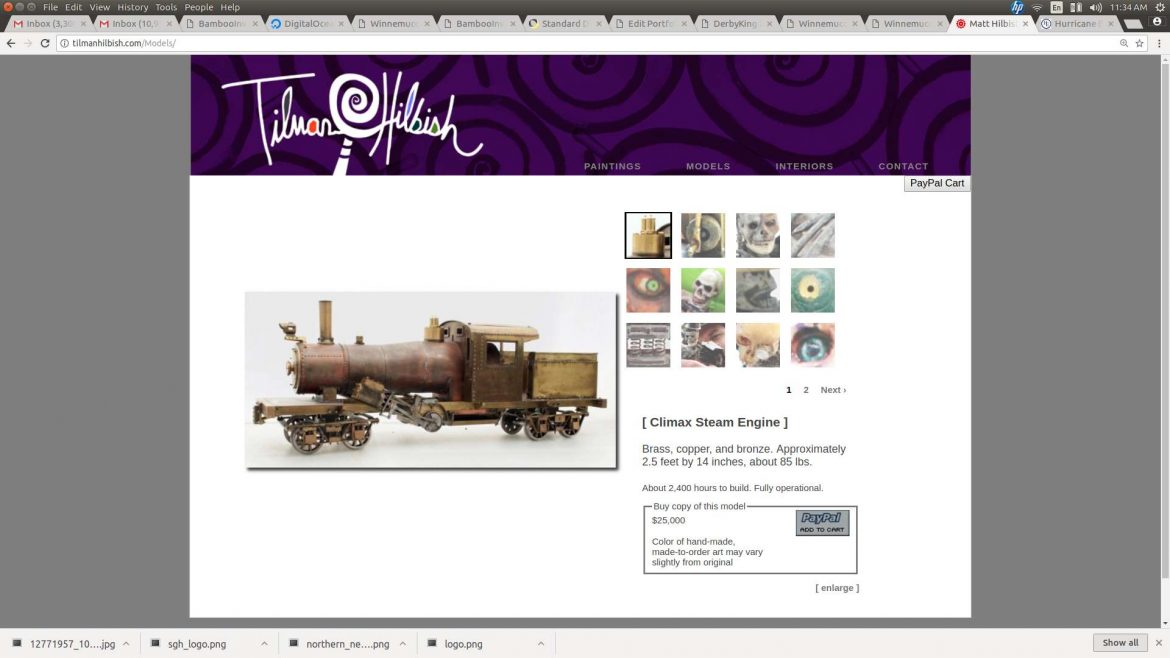 This site, though dated and due for an update, shows the enduring, high-performance value of a site built solely with static HTML. I built it in 2009, after my artist friend Matthew Tilman Hilbish told me he had worked with another builder for months, but had not achieved his vision of a simple, uncluttered site that would quickly show visitors the various facets of his work. I did some research, and found the GalleryScript javascript library, which seemed to do what Matthew described. The site uses server-side includes to enforce code orthogonality, and the javascript elements were assembled by bash scripts from image filenames. It was completed in a day or two, and has been live for nearly a decade — a good run for any website. We are discussing a possible update to bring the site into the modern era of mobile devices.